IMDb: 5.4 2008 163 min 17 views
As if running a mall is not enough, Gaurav Rane has also to bail out his widower dad, Janardhan, as well as Madhav Mathur, several times from ...
DramaHindi MoviesRomanceShemaroo

IMDb: 4.6 2008 165 min 8 views
A fortnight before her eighteenth birthday, Sonia goes missing. Her family receives a call informing them that she has been kidnapped and her ...
CrimeHindi MoviesShemarooThriller

IMDb: 5.5 2008 8 views
Bangkok-based Tara Mishra and Nikhil Singh meet at a wedding ceremony and fall instantly in love with love with each other. Tara (Shahana ...
Hindi MoviesRomanceShemaroo

IMDb: 4.0 2008 105 min 8 views
A traumatized child becomes a political activist but agrees to become an assassin upon being captured.
ActionCrimeDramaHindi MoviesMusicRomanceShemarooThriller

IMDb: 6.1 2008 150 min 13 views
Ashfaque (Ajay Devgan) is a small town boy aspiring to be a film star in the Hindi film industry. He joins a street theatre group run by a ...
DramaHindi MoviesShemaroo 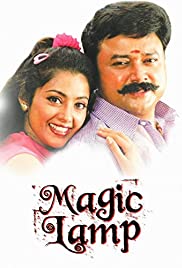